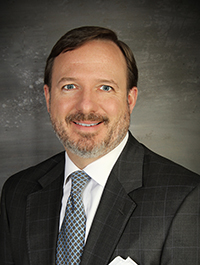 Jim is the Chairman of CowanPerry PC. His practice focuses on representing management in the full spectrum of labor & employment related issues confronted by employers in today’s workplace, handling complex business litigation matters and representing property owners and developers on land use issues and commercial real estate projects. He represents a wide range of employers, business owners and developers in the region, ranging from high-tech start-ups to large manufacturers, and from local property owners to national developers.

He has twenty-five years of trial experience representing employers in non-compete litigation, myriad types of business and partnership disputes, and the waterfront of employment-related litigation, including employee benefits and ERISA claims.

Over the course of his career, he has represented companies in federal and state courts across Virginia in commercial litigation and in the defense of wrongful discharge claims, including disability, age, family medical leave, sexual harassment, race, and gender under the Americans with Disabilities Act; the Age Discrimination in Employment Act; the Family Medical Leave Act and Fair Labor Standards Act; Title VII of the Civil Rights Act of 1964 and 42 U.S.C. §1981; and before the Virginia Supreme Court on appellate matters. Jim also represents employers before the NLRB, the EEOC and the Virginia Employment Commission. Additionally, he specializes in the preparation of affirmative action plans and responding to OFCCP and other Department of Labor audits.

Jim serves as outside general counsel to a number of prominent companies and non-profits in the region, and as the general counsel to Onward, the New River Valley’s economic development alliance. He is passionate about land conservation in Southwest Virginia, and is an active member of the Board of Directors of the New River Land Trust. Jim is also a sought-after speaker and corporate trainer locally and for national programs, and is an active member of the Virginia State Bar Labor & Employment Section.

Finally, Jim has been recognized for over a decade and listed in “The Best Lawyers in America” [since 2006 to present]; as a Virginia “Super Lawyer” [Rising Star 2007-2009; and since 2010 to present]; and also repeatedly named to Virginia Business Magazine’s “Legal Elite” for Labor/Employment law.